Aviram Saharai and Matan Kadosh, collectively known as Vini Vici, stormed the psytrance music scene in 2013. International success came in 2015, when their song ‘The Tribe’, from their debut album Future Classics, garnered worldwide critical and commercial success. The duo is arguably most famous for their 2016 collaboration with renowned Dutch trance DJ and producer Armin van Buuren and Hilight Tribe on the song ‘Great Spirit’.

In recent years, Vini Vici have played every major event across the world. In fact, they were the first ever psytrance act to grace the main stages at Tomorrowland and ULTRA Music Festival, as well as being the first psychedelic act to perform at Lollapalooza.

Despite their overwhelming schedule (averaging over 200 shows per year), Vini Vici are not content with simply releasing their own music. In 2018, they made another huge advancement for the psytrance music scene when they formed their own record label. Alteza Records – named after a track on Vini Vici’s debut album – is currently home to many of the genre’s most popular artists, including Blastoyz and Reality Test. 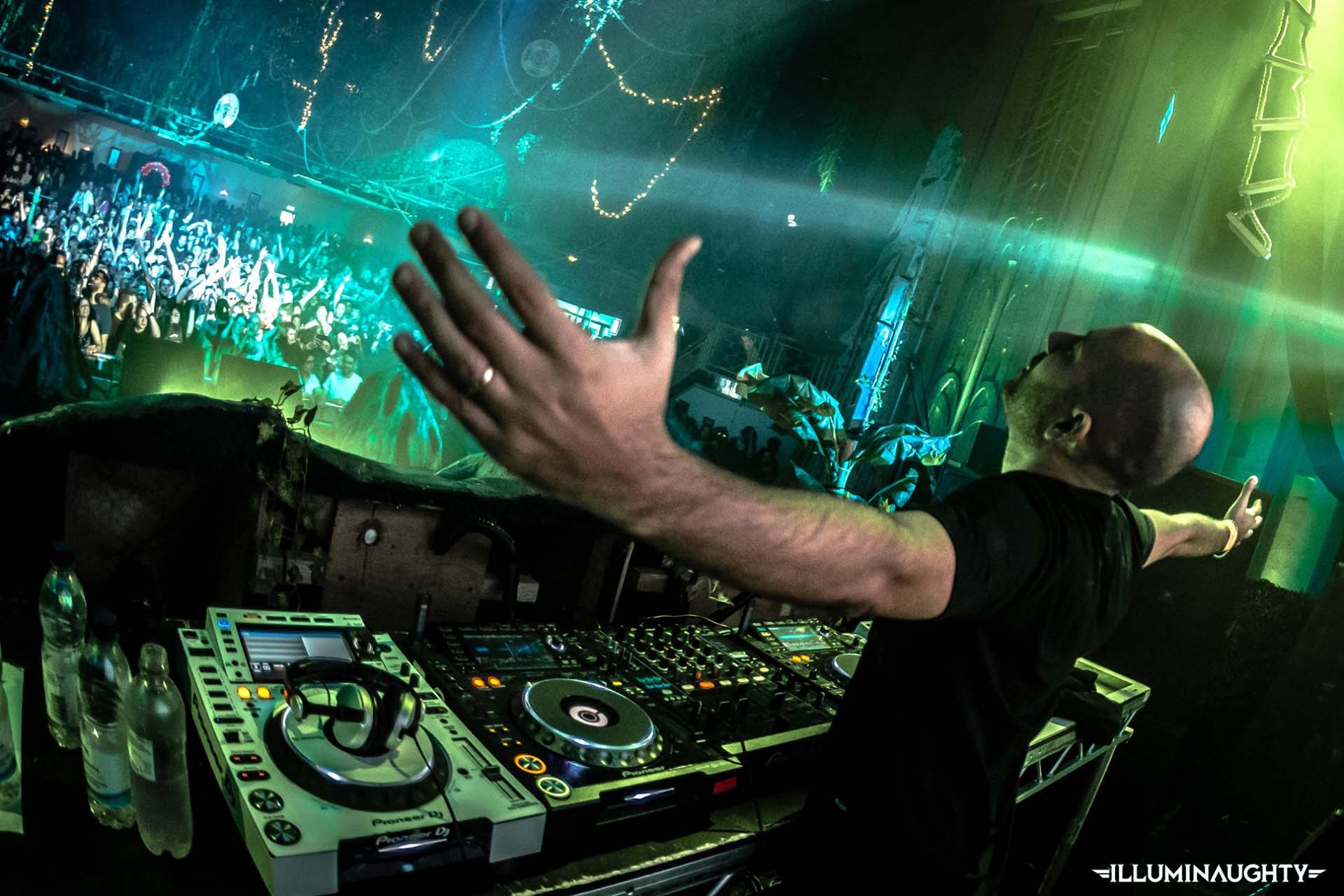 During Tomorrowland 2019, Vini Vici hosted an Alteza Records stage takeover – a performance which proves the duo’s success and influence within the music industry. In addition to this, Vini Vici have headlined a number of ‘Alteza Night’ events all around the world, including a spectacular tour which saw them team up with IllumiNaughty and Visual Architects to bring themed immersive events to the famous Troxy in London and Dreamstate Festival in Los Angeles.

Two separate designs were created for the IllumiNaughty events, both running on the same Amazonian atmosphere which incorporated the elements of Fire, Earth, Air and Water with use of bespoke decor, special FX and live performers. The set decor included architectural temples and mythical figures underneath a dramatic canopy of hanging foliage and vines, while warrior figureheads carved in faux-stone were lit up with fire. This stage design was built with an element of realism to fully immerse attendees in the atmosphere while also resonating with the specific style of the artists’ performances. This was matched with Amazonian performers who enacted a tribal storyline of the four elements through costumes and acrobatic skill sets, providing an extra immersive element as well as an additional entertainment value. Each skill represented their aligned element through fire, aerial, capoeira and contortion displays. The event at Dreamstate Festival also included stunning 3D mapped visuals, which were projected onto the faux-stone stage structures in order to deliver an incredible visual accompaniment to the energetic and psychedelic live music. 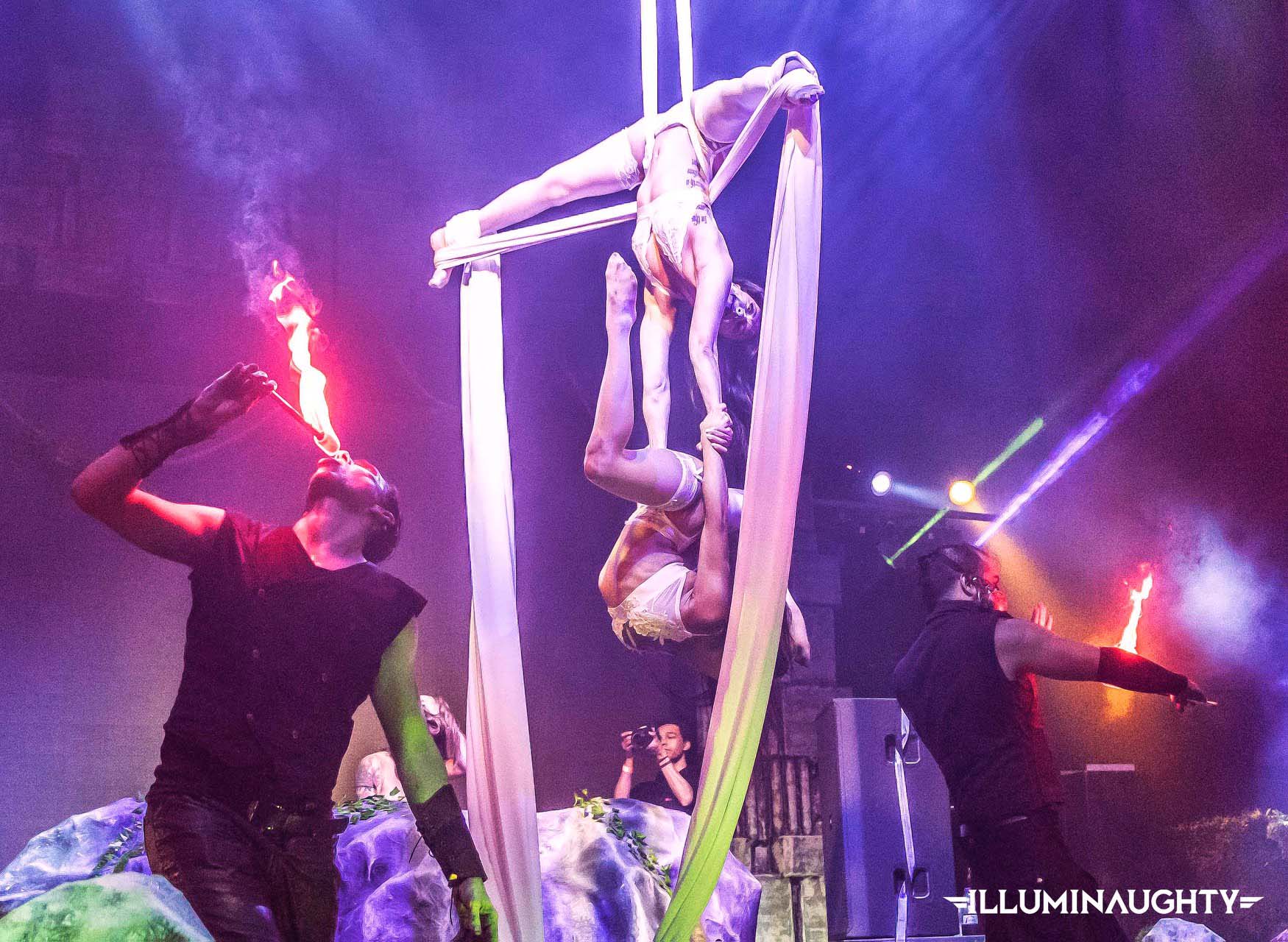 These popular events provided a unique opportunity to merge the artistic talents of these world-famous musicians with an immersive setting that was bespoke to Vini Vici and Alteza, an experience which fans now associate with their music and the event. There is no doubt that performances like this will grow in popularity as live events continue to incorporate additional elements such as themes and performers in order to create a complete atmosphere for attendees.